The Charles Street building is part of Sheffield Hallam University’s overall aim to improve the experience of their students and enhance the university’s reputation. The new building will primarily focus on bringing together the College of Social Sciences and Arts and will provide teacher training for those in the Sheffield Institute of Education.

Designed by Bond Bryan Architects, the building was designed to reflect the important history in the adjacent Grade 2 listed building Butcher Works. The brickwork of the Charles Street building is made up of bespoke brickwork by Forterra from their Wilnecote factory in Staffordshire.

7 storeys tall with numerous external terraces, the Charles Street building also has a the special ‘toast rack, bridge connects the building to the Arundel building. The design allows for access on Brown Lane and is encased by a glass atrium roof. The development includes a 300-capacity lecture theatre, teaching rooms, learning spaces, staff spaces and a café across a fully pedestrianised areas which was designed to also improve the surrounding area of the Charles Street building. 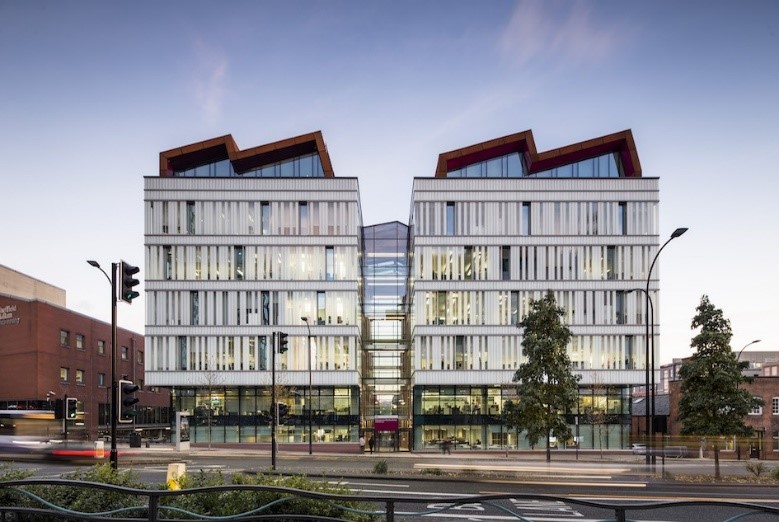 Initially a redundant Victorian industrial building at the edge of the Cultural Industries Quarter Conservation Area Sheffield, the development of this property started in January 2011.

London based architects, Project orange, renovated the disused building to become a restaurant/bar exploiting the raw industrial feel of the existing structure. Additionally, the were tasked with providing a duplex studio office above this. The extension was designed as a contrasting by complementary volume to enhance the existing building and create a striking landmark.

The new construction comprises of a lightweight steel frame which supports the extension and restrains the original Victorian brick walls with composite concrete/steel ‘Ambideck’ floor decks.

The extension is clad with Kingspan Benchmark ‘Karrier’ insulated panels lined with sinusoidal powder coated aluminium profiled sheets and the roof is finished with a Bauder sedum roof. 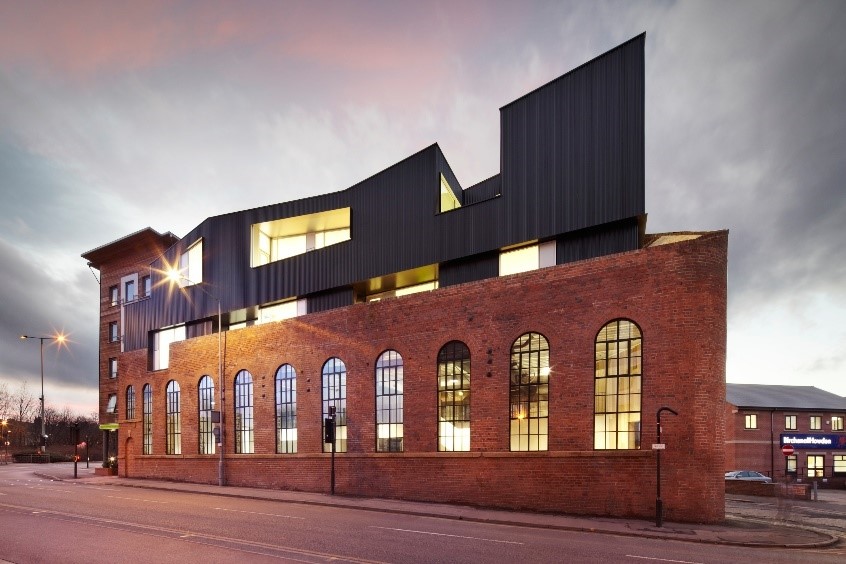 Built in 1516, on a previous large deer park in Sheffield, South Yorkshire, the lodge provided a country retreat and additional accommodation for George Talbot, the 4th Earl of Shrewsbury and his large family.

Mary Queen of Scots holds a notable link to Sheffield Manor Lodge as she was held prisoner there after her defeat at the Battle of Langside seeking support from Catholic nobility. However, she was not kept closely guarded and was able to plot against her cousin Queen Elizabeth with the help of the Duke of Norfolk.

Later when the Manor fell into the hands of the Duke of Norfolk, it became neglected, largely dismantled, and was sold to tenant farmers.

In 2004, the manor received £1.25 million to restore the turret house and develop the site as a visitor attraction. 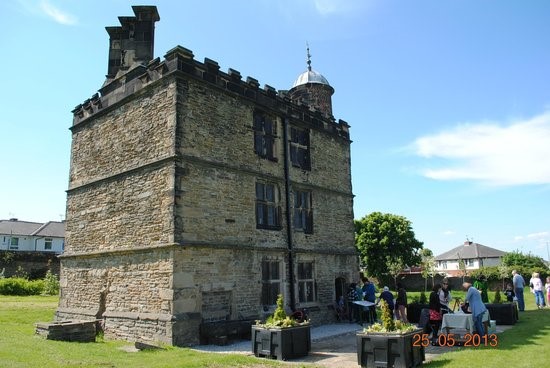