Rotherham Central railway station has been recently redeveloped part of a £8.5 million project designed by AEDAS Architects in late 2009.

The station now has improved facilities including new lifts and stairs access. Construction work began at the station in spring 2010.

Other areas of the station which have been improved include a new ticketing office, new waiting room, new lighting, improved passenger information screens and entrance.

The project is a key element in the Rotherham Council’s 25-year vision to redevelop the town, providing high quality retail, leisure, office, residential and public spaces.

Aedas Architects decided to incorporate a lightweight structure with enclosed stair and lift towers to both platforms.

Other elements and materials, such as cedar provided a softer contrast within the hard palette of industrial materials.

In addition to local materials and deciding upon what materials should be used, renewable technologies have been incorporated through rainwater harvesting and photovoltaic panels installed on the roof of the main entrance building. 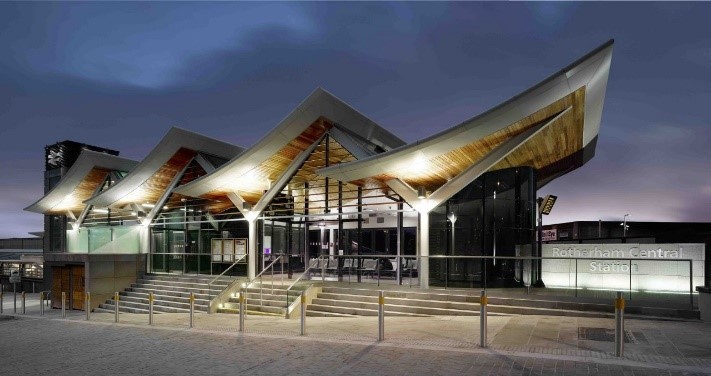 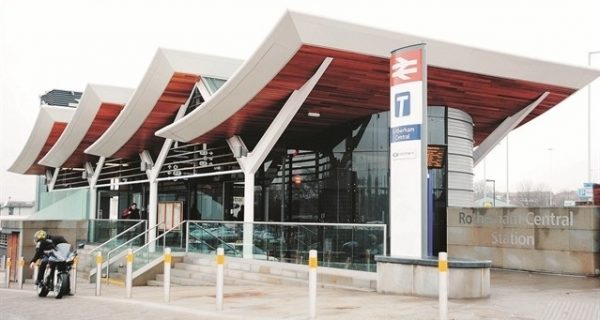 Rotherham College of Arts and Technology shortened to RCAT, is a further education college in Rotherham, South Yorkshire, England.

In 1981, three localised colleges of arts, technology and adult education merged into one campus. As a result, the college became known as Rotherham College of Arts and Technology (RCAT).

The Town Centre campus contains four buildings, the Eastwood Building, the Wentworth Building and the Clifton building (the latter two of which are connected to each other), and the Construction Centre, which is on the other side of town near Rotherham Interchange, towards the Parkgate.

A new £70 million restoration, 21,000m² town centre development will provide a new distinct identity for the college and aims to provide first class facilities for education and training locally. 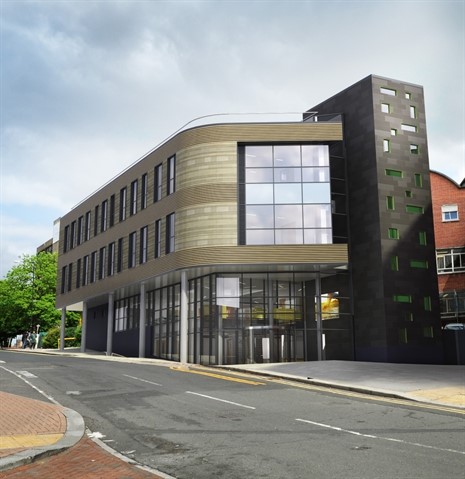 The Grade 1 listed country house is located in the village of Wentworth, Rotherham, South Yorkshire.

The house comprises of 2 joined houses that combine to form the East and West Fronts. The West Front was the original house dating back to 1725 when it was commissioned by Thomas Watson-Wentworth and built by architect Ralph Tunnicliffe in the English Boroque style.

However, the English baroque was not liked by the Whigs and in 1734, before the West Front was even finished, Watson-Wentworth commissioned Henry Flitcroft to build the East Front “extension” which was in fact a lot larger than the West Front and faced the opposite direction.

In the mid-1700s, the house was inherited by Charles Watson-Wentworth who was briefly prime minister in 1765-1766 and 1782. He employed architect John Carr of York to add an extra storey to parts of the East Front and provided the porticoes to the matching wings, each the equivalent to a moderately grand country house. James “athenian” Stuart contributed designs for panels in the Pillared Hall.

During World War 2, the house was used as a training depot and headquarters for the Intelligence Corps.

From 1979-1988, the house catered for students from Sheffield City Polytechnic studying PE and Geography and Environmental studies. The mansion building housed the student accommodation along with a dining room and kitchens. 4 additional blocks of student accommodation were built near the deer park and the stable block became the centre of life having facilities like a bar, a pool, sports facilities, and lecture rooms.

In 1989. The house was sold due to no longer being used by the polytechnic and the poor state of repair. In 2014, the house was reported to need £40 million worth of repair works and in 2016 the Chancellor announced a grant for just £7.6 million for the repairs. 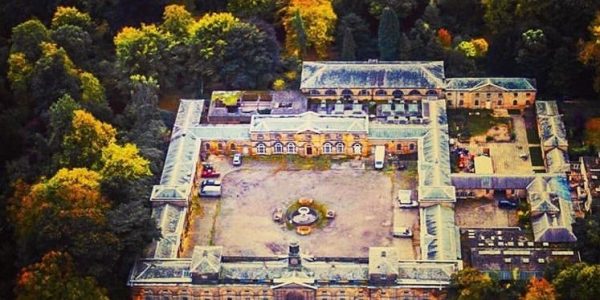